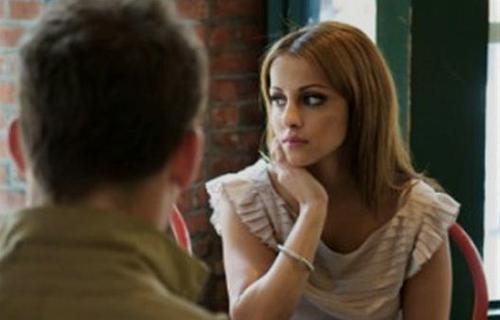 Get rid of your cheating partner

Should you forgive a cheater?

Cheating can be very difficult for a significant other to handle emotionally. Humans seem riddled with often conflicting evolutionary impulses. On the one hand we are hardwired for monogamy. On the other hand we love sex and we want to have as much of it as we can. This is true of women just as much as it is men. As it turns out much of this is related to individual psychological factors that were ingrained into us at a very early age. Men with remote or distant mothers may not be predisposed to forming strong exclusive emotional connections with other women, while women with capricious or absent father may seek out a superficial emotional bond with a variety of males. While this is not a definitive psychological portrait of human infidelity, it is, suffice it to say, a general truth about the human condition. We are often driven by forces which, while not beyond our control, do have undue influence over our predilections. We are, after all, only human.

What to do if your bf cheats

If you’re a lady out there and your boyfriend has cheated on you, you should know that he is likely to do it again. While I’m not privy to the exact numbers, men are much more likely than women to cheat habitually than women are. While men may claim this is an evolutionary impulse to spread their seed, you should be aware that not all men are prone to cheating. Evolutionary impulses tend to be highly generalized. That is to say, they’re generally true for everyone not just a large chunk of the population. It is also true that men think about sex all the time. They see a cute girl while they’re walking down the street and they become aroused. That doesn’t mean he has to act on that impulse. If he does, knowing that it would hurt you, then you have to realize that he values having sex with random women more than he values your feelings or your relationship. So if his cheating bothers you, you should move on.

What you should not do is harbor anger toward him or resentment toward yourself. It was by no shortcoming of yours that he decided to cheat on you. Even if you were having intimacy issues the two of you could have resolved them in some other way. You didn’t cause him or force him to cheat. If he tries to pin this on you, you should run. But holding on to anger and resentment is not a good thing to do. It will only poison your future relationships and this was by no means your fault in any way shape or form. He will do this to the next girlfriend he has, and the girlfriend after that, and beyond.

What to do if your gf cheats

Unlike men, women cheat for a variety of different reasons. A lot of times, it’s because they feel like their needs are not being met within their relationship. Often, it is a precursor to a breakup anyway. They cheat on their boyfriends with one guy, break up with the boyfriend, and then make the guy they just cheated with their new boyfriend. Is this forgivable? That’s entirely up to you. You should know however that she has likely done this with every other guy she’s ever dated. One thing that is common between both men and women is they are creatures of habit. With girls like these, they’re mostly interested in the novelty of new relationships. That’s because new relationships are awesome. Most relationships won’t survive six months because the flood of endorphins and happy feelings dwindles over time. Girls who cheat like this are only interested in that first six months because that’s where all the excitement is. Then they move on.

Forgiving a cheater is only difficult because you blame yourself for relationship ending. Feelings of resentment linger because you still believe you did something wrong to cause the relationship to fall apart. In some cases that’s true, you did do something wrong which makes all the more difficult to forgive yourself. The problem is that you’re attributing the cheating as the effect of that single cause and this is largely irrational. Few relationships break up because of one specific reason, so understanding that the breakup was inevitable anyway is step one in the healing process. Part of the process of sustaining healthy relationships in the future is moving on from past breakups. Being paranoid that your next girlfriend or boyfriend is going to play you the way the last one did and start having an affair is a sure fire way to destroy your next relationship. The best advice ever: learn to forgive others so that you may move on without resentment.

Copyright © [your name] 2021 ↑ Powered by Wordpress | Theme by LB-Projects